BeMed in Tunis with the Tara Ocean Foundation 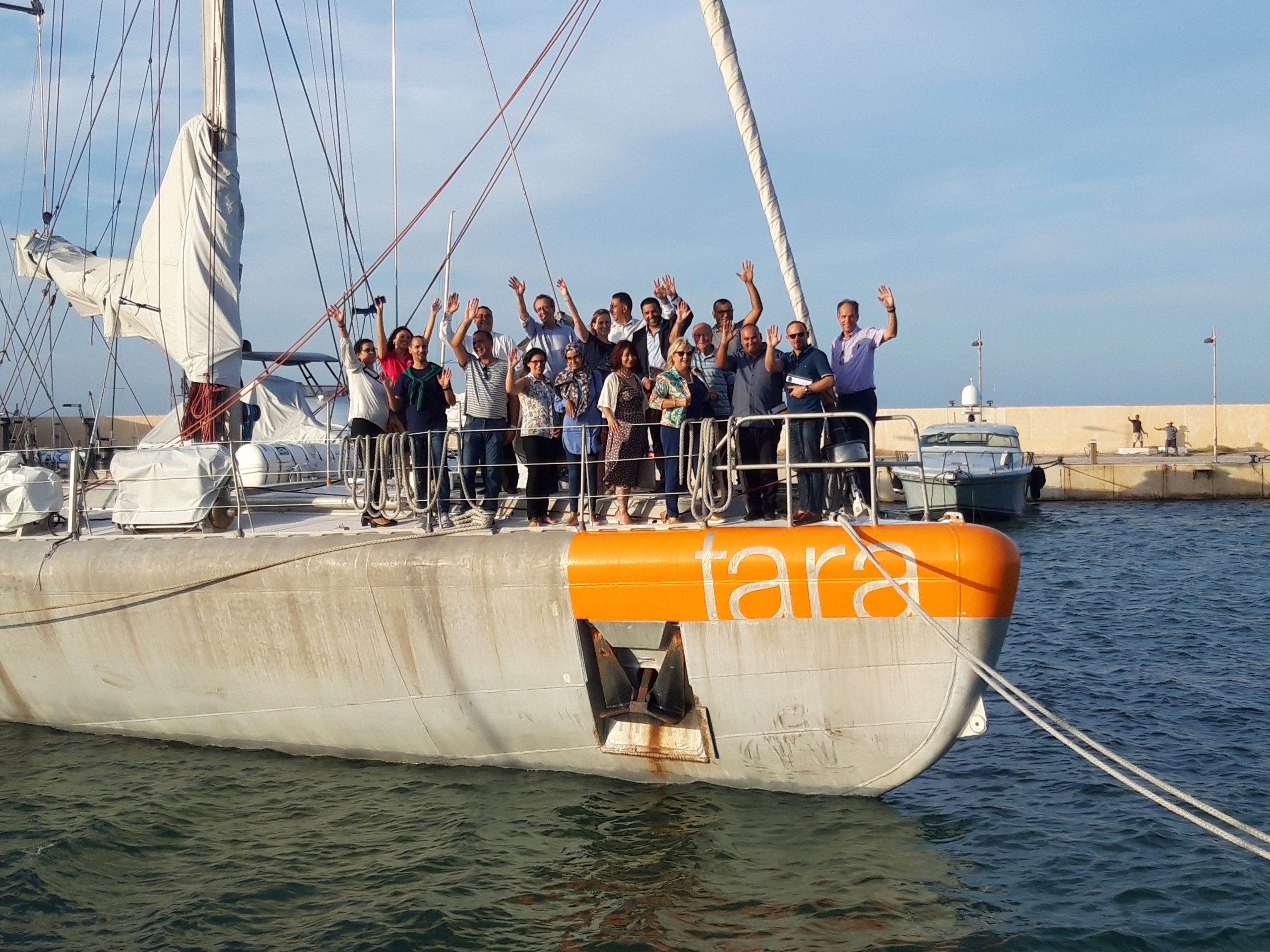 On October the 21st and 22nd, BeMed made a stopover in Tunis. On board of the schooner Tara, the Beyond Plastic Med association presented its actions to many journalists and exchanged with local stakeholders.

This stopover was an opportunity to share the actions carried out by the BeMed network in Tunisia and to announce the launch of the 4th Call for Micro-Initiatives as well as to initiate discussions on the future of the association.

October 21st began with a press conference. Many Tunisian journalists were able to discuss the issue and relay BeMed’s work around the Mediterranean. The Tunisian associations, Tunisie Recyclage and the Association Jlil pour l’Environnement Marin, supported within the framework of the BeMed call for micro-initiatives, presented their projects.

Then representatives of local associations, municipalities, universities and research institutes gathered around the table in the Schooner Tara to discuss the plastic issue. On the agenda of the discussions:

The following conclusions were highlighted by participants:

This lattest point being part of the objectives of Beyond Plastic Med, representatives of the Tunisian private sector also met on board the Tara boat on the afternoon of October 22nd. Constructive discussions made it possible to establish initial contacts and to consider avenues of reflection for the future.

The success of this stopover in Tunis illustrates the dynamic now well underway in the fight against plastic pollution. BeMed continues to strengthen its network around the Mediterranean by mobilizing all stakeholders: the scientific community, citizens and economic and political actors.