Conference The Mediterranean, a sea of plastic, what field solutions 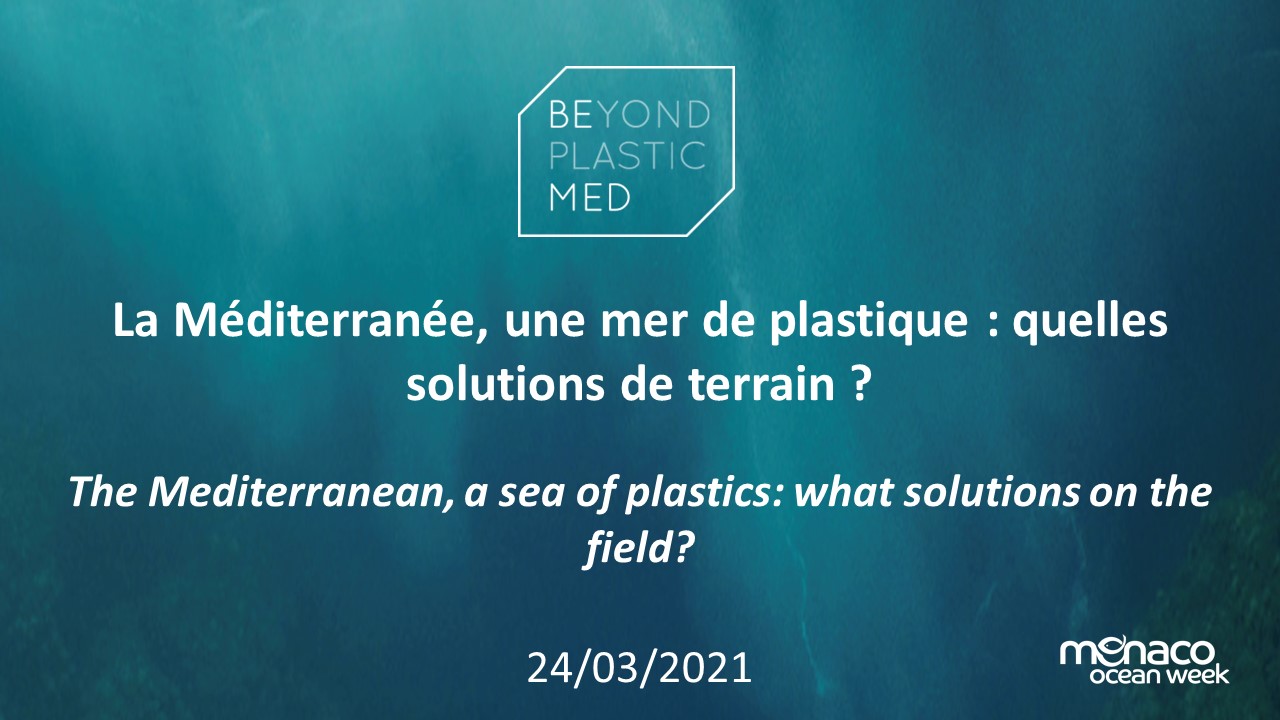 On the occasion of the 2021 Monaco Ocean Week, BeMed organized several events aiming at promoting the field actions it supports and facilitating the sharing of experience within its network.

With the conference “The Mediterranean, a sea of plastic, what field solutions”, BeMed wished to highlight the latest figures on plastic pollution in the Mediterranean and the actions undertaken in the field to fight against this blight.

In the first part, Mercedes Muñoz Cañas from the International Union for Conservation of Nature (IUCN) presented the conclusions of the report The Mediterranean: Mare Plasticum published by the IUCN in 2020.

In the second part, the BeMed 2020 awardees presented in one minute the actions against plastic pollution that they are implementing around the basin. These projects were funded by BeMed through the call for micro-initiatives and a specific call for projects in the Mediterranean islands. In total, 20 projects in 14 different countries are underway.